Top
You are here: Home / Pet Travel Tips / How to Enjoy National Parks With Your Dog

Planning to visit a National Park and bring your dog along? Do you know that there are a lot of rules about what you can and can’t do with your dog in National Parks?

Note: There are a few National Parks that are dog friendly but these are rare exceptions. 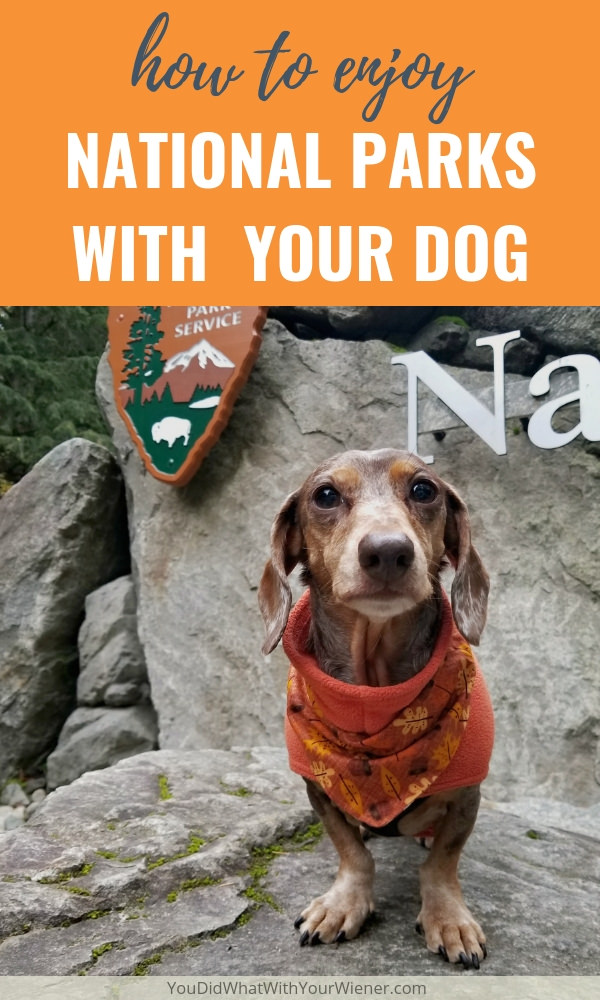 It’s true (and somewhat frustrating) that the rules are so restrictive that they can severely impact your Park visit.

However, I’ve visited several National Parks with my dog Gretel and, with a positive mindset and a little creativity, I enjoyed the park just as much or even more than if I hadn’t brought my dog along.

National Parks are managed and operated by the federal government so one entity oversees this network of parks, including National Monuments and other conservation and historical properties with various title designations, no matter which state they’re in. 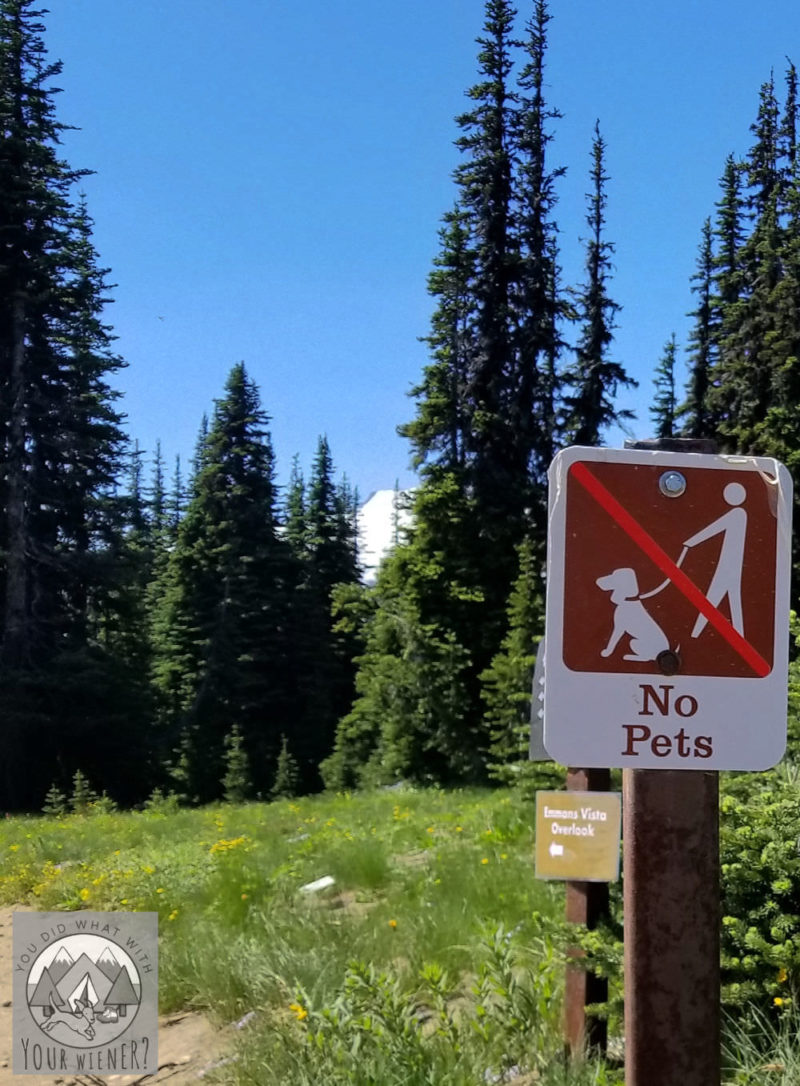 Pets are not permitted – on any trails, in public buildings (except service animals), in public transportation vehicles, on designated swimming beaches, on interpretive walks, or in the wilderness.

It’s best to assume these rules to be true for all National Parks.

However, if you know which park you want to visit, you can check specific pet regulations on the National Parks Paws website because there are a few exceptions.

Also, knowing these three important (and often unknown) tips for visiting National Parks with your dog will help you have an enjoyable trip no matter how restrictive the rules are.

I’m not sure anyone knows a 100% accurate and true reason dogs aren’t allowed in National Parks. However, some conclusions can be drawn. 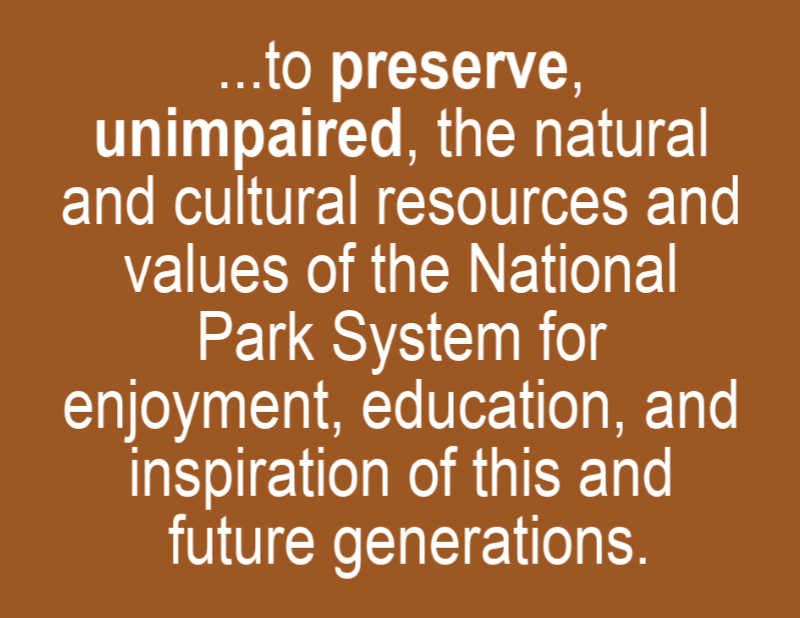 The key here is preserving the natural and cultural state of National Park lands. Ideally, there would be zero impact.

Humans and vehicles, unfortunately, have impacts.

So some argue that dogs – because they are animals not much different than the wild animals in the park – have less of an impact (or at least not more than) the thousands of people that visit National Parks every year.

The truth is though, dogs do have different impacts on the environment than people.

And, more importantly, dogs can’t read signs to know and follow the rules. It’s up to their human to do that.

Also, dogs are NOT wildlife.

These are the other main reasons I’ve heard why dogs aren’t allowed in national parks: 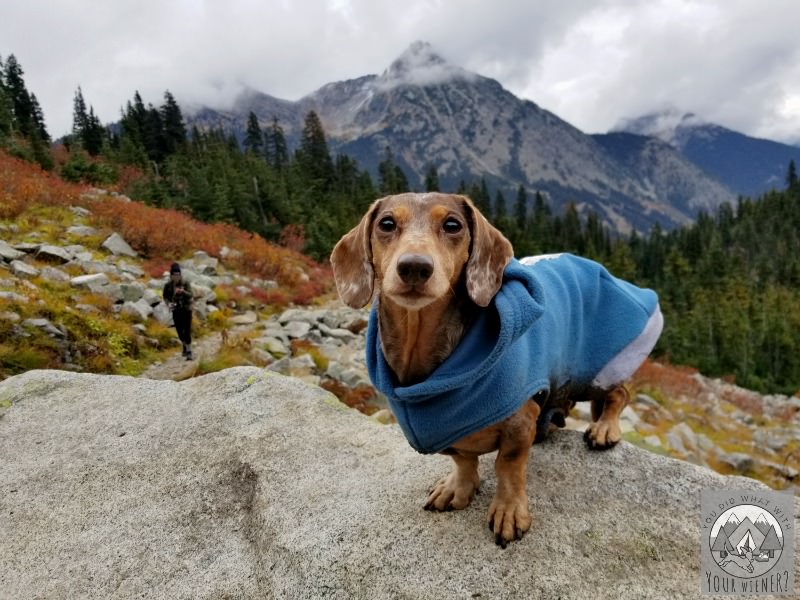 Can I Enjoy National Parks with My Dog Without Breaking the Rules?

Yes, you can certainly enjoy a National Park visit even if you brought your dog on the trip with you.

And you can do it without breaking any rules (which we absolutely don’t condone).

Here are some ways you can do that:

Ask at the Visitors Center

Do thorough research during your trip planning phase but don’t take what you find as absolute.

Usually, what you will find IS accurate but it doesn’t hurt to ask anyway. Stop by the visitors center and ask them what they recommend and if there is anything you don’t know about.

For example, some parks offer special ranger-led dog hikes but those are often scheduled only a couple months to a few weeks in advance.

Rangers may also know a “secret” are of the park, or area just outside of the park, that you didn’t discover during your online research.

Tour the National Park by Car

Most National Parks have designated scenic byways that are famous for their views.

There are often stops along the route with developed pull outs where your dog is also allowed. Often these pullouts are near some of the best park features.

A bonus is that, by car, you can concentrate on seeing more of the park instead of spending a couple of days in one place (hiking).

Note: please don’t leave your dog unattended in the car if it’s hot or for more than a few minutes (like to run to the bathroom) in general.

Take your dogs where they are allowed

Dogs are allowed along, and within 50 feet, of roads in almost all parks (well, all that I’m aware of). Many great views can be taken in from the side of the road. 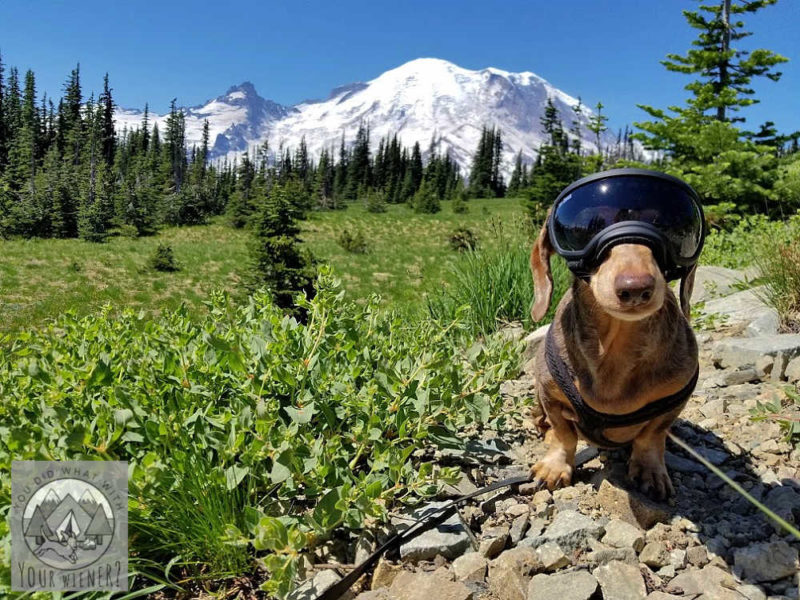 Also, some parks have backcountry roads that are dirt, and don’t see a lot of traffic, where you can hike with your dog.

In some parks, there are regular trails dogs are allowed on.

Examples are hiking on the Spruce Railroad Trail in Olympic National Park and almost all trails in Acadia National Park.

This is my favorite “secret”.

National Forests lands are the most common surrounding National Parks. They are managed by a different government agency and have a different mission.

The mission of the USDA Forest Service is to sustain the health, diversity, and productivity of the Nation’s forests and grasslands to meet the needs of present and future generations.

They key here is that these lands are to be managed but not necessarily protected. At least nowhere near the level of National Parks.

Forest Service land surrounds most National Parks and a lot of dog friendly trails can be found there.

Many times they afford views and terrain similar to that inside the National Park.

A few trails actually go right up to the boundary – like the Heather-Maple Pass Loop in the North Cascades – that will give you a birds-eye views of the interior of the park.

More of my absolute favorites are in the Mount Baker area, also near the North Cascades National Park boundary.

The photo below was taken along the Chain Lakes Loop trail.

Other types of public lands that allow dogs, and may be near National Parks, include Bureau of Land Management (BLM), and Department of Natural Resources (DNR). 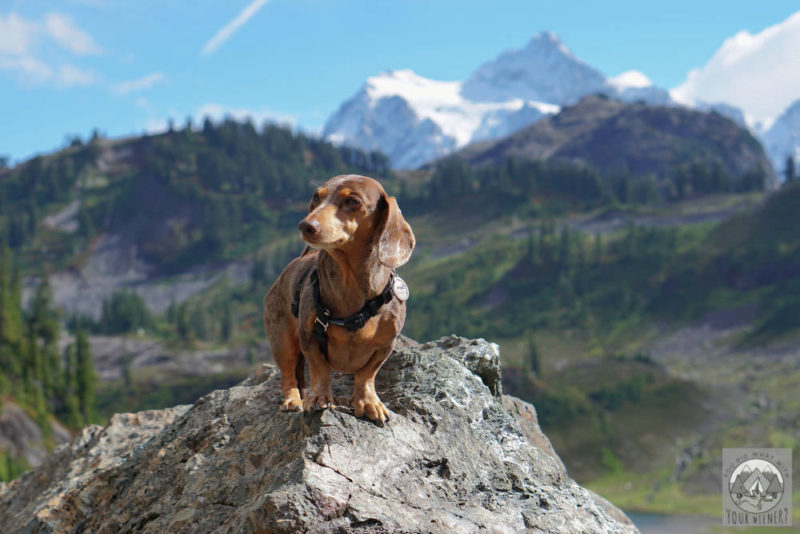 Visit Nearby State Parks and Landmarks

The rules for State Parks, and many local landmarks, are also different.

They are the opposite of National Parks – in most cases, dogs ARE allowed (always check first though because some states, like California, are more restrictive).

Take a driving tour of the National Park by car and then visit a nearby State Park, or landmark, to sightsee and stretch your legs.

Consider Boarding Your Dog for the Day

I know, you want to share everything with your dog. Me too.

But for some, visiting a National Park is a trip of a lifetime and there are just some sights or trails that you don’t want to miss.

Boarding your dog for a day, or part of a day, can be the answer.

Definitely not in all cases, but sometimes you can find a kennel, dog daycare, or dog sitter (check on Rover.com) near one of the park entrance gates.

For example, a small kennel at the Yosemite Valley Stable accepts daytime boarders (8 a.m. to 4 p.m.) in summer for visitors who’d like to hike where dogs aren’t allowed.

When we were in Jackson Hole, Wyoming, near Grand Teton National Park, we wanted to go river rafting but couldn’t bring our dogs. We contacted a local dog daycare before our trip and left them there for the day.

If you follow these tips, you can visit that National Park that’s been on your bucket list forever AND enjoy a great vacation with your dog.