Top
You are here: Home / Get to Know Us Better / How a Little Rescue Dog Saved Me and Helped Animals 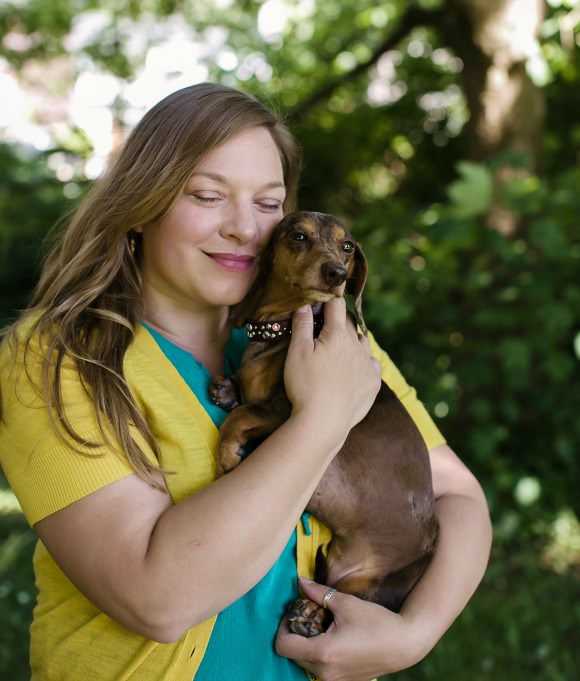 In 2012, I was a frustrated woman disillusioned with her job. I had fiercely pursued a job managing and protecting the environment but the dream didn’t turn out the way I planned.

I found myself “escaping” at lunch by searching Petfinder.com for a second dog.

After sorting through over 100 adoption applications, Motley Zoo Animal Rescue chose me as the perfect new “Mom” for Gretel.

I then got cold feet due to my self-doubt about being able to care properly for a second dog.

The second act of fate was that, despite there being a lengthy waiting list for Gretel, Motley Zoo did something they almost never do – they waited almost 4 days for me to come around. Eventually I did. I learned later that Gretel’s path to me was even more twisted than I had imagined, both literally and figuratively. She was surrendered to Motley Zoo Animal Rescue, in large part, because she was the victim of a dog flipper.

Her life before the dog flipper is unknown but it’s safe to say that she had at least three “homes” before she came to live with me.

The dog flipper got her from another home and then sold her to an unwitting couple. The couple eventually learned they had bought a dog under false pretenses and found that their beautiful little pup was anxious, aggressive, and possibly sick.

Eventually, they had no choice but to surrender her to a rescue.

During her first hike – the day after we brought her home – I decided to start that blog about hiking with my dogs. You Did What With Your Wiener? – an outdoor and travel lifestyle blog that focuses on being active with your small dog – was born.

Through my blog, I became connected with the animal community. I realized that, although I have a very inquisitive mind, my science job was not where I was meant to be.

My true gift is being able to communicate and make personal connections with people. I also longed to spend more time at home with my dogs and help other people improve their relationship with their Dachshunds.

Two years later, when my Grandmother died unexpectedly, I took the leap to start my own business.

I run this blog as well as a second Dachshund blog (ForMyDachshund.com). I coach other bloggers to turn theirs into a business through NicheBlogBiz.com.

I also run a 1,000+ member Dachshund club in Seattle – The Adventureweiner Club of Seattle – and am expanding it to have a national reach in 2020. 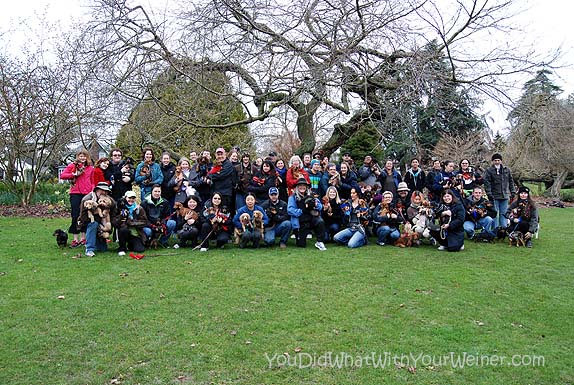 You Did What With Your Wiener? has continued to grow and has won several awards. In 2015, I won three prestigious awards.

Prizes for these three awards included $2,000 that I could donate to my favorite pet rescue. I donated the entire amount to Motley Zoo Animal Rescue because none of this would have been possible without them.

Today, I am living the dream. I am able to spend more quality time with my dogs and focus on the things that matter most to me in life.

Eight years ago, I didn’t understand what a “heart dog” was. I loved every pet I had owned completely and equally. Gretel is different than the rest.

I am not sure I am Gretel’s hero or she is mine but my life wouldn’t be so overwhelmingly perfect if we hadn’t found each other. I certainly wouldn’t have been giving $2,000 to animal rescue.

Her story is literally one of rags to riches and beyond. 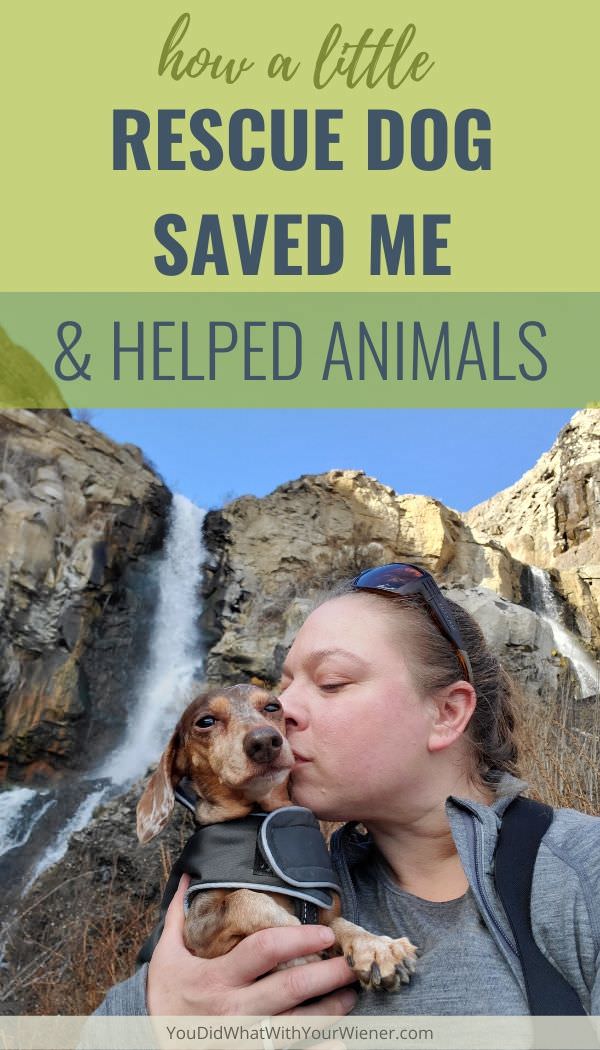