Top
You are here: Home / Dog Health / Hiking in the Desert with Your Dog? Beware of Valley Fever

A few years ago, a friend spent a couple months traveling and hiking around the southwest desert with his dog.

During their road trip back to the Northwest, my friend called me and said his dog wasn’t feeling well – acting “off”, lethargic, and panting. 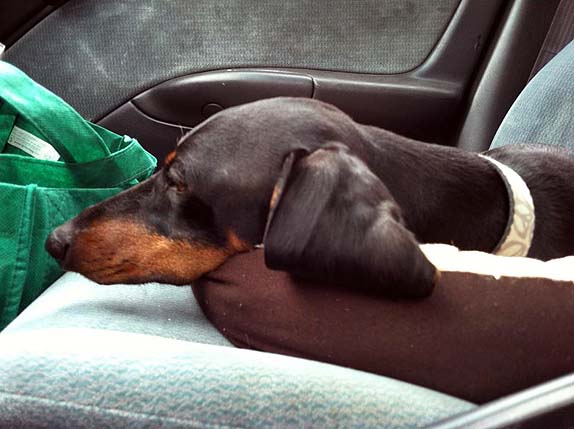 The dog’s symptoms got worse and he was eventually taken to the vet where they diagnosed him with pneumonia.

After more tests, it was determined that he had Valley Fever.

What is Valley Fever?

Valley Fever, or Coccidioidomycosis, is caused by fungi in the dust in desert regions.

The fungus grows in the ground, up to a foot deep. Digging, walking, or other things that disturb the soil can cause spores to become airborne and be inhaled.

Once the spores are inhaled into the lungs, the spores grow into spherules which continue to enlarge until they burst, releasing hundreds of endospores.

Each endospore can grow into a new spherule, spreading the infection in the lungs until the dog’s immune system surrounds and destroys it.

The sickness Valley Fever occurs when the immune system does not kill the spherules and endospores quickly and they continue to spread in the lungs and sometimes throughout the animal’s body. (Source: How Dogs Get Valley Fever)

Valley Fever is known to affect humans, dogs and cats. 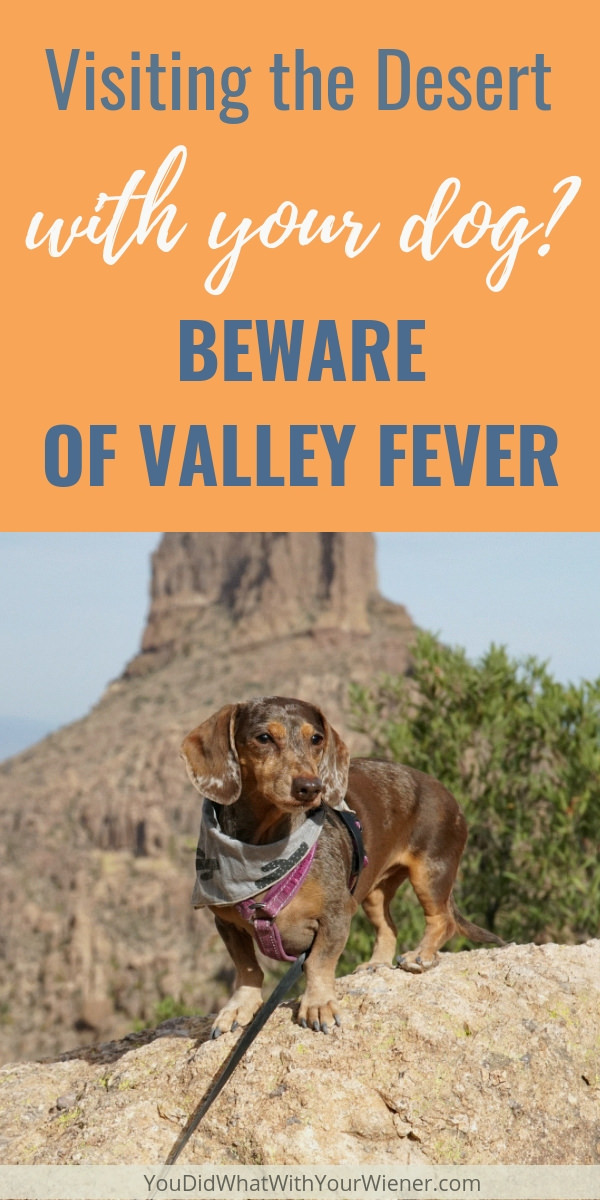 Where Can My Dog Get Valley Fever?

It’s especially prevalent in Arizona and in the San Joaquin Valley of California.

Cases of Valley Fever have reached epidemic proportions in Arizona and, in this area, the highest prevalence of infections occurs during June and July and from October through November.

How Does a Dog Get Valley Fever?

Your dog can get Valley Fever from inhaling the spores.

That is right, your dog can get this disease just from BREATHING!

Your dog is more susceptible when they are around disturbed soil such as getting caught in a dust storm, hiking, biking, digging, or being left outside for long periods of time.

According to this joint study by scientists at TGen and the Arizona Humane Society, “Boxers and Golden Retrievers are more likely to be diagnosed [with Valley Fever].”

It’s possible for any breed of dog to contract the disease though. My friend’s dog is a Dachshund (who loved to dig).

To help avoid infection, keep dogs inside, prevent digging, and keep them from sniffing around disturbed soil. Does My Dog Have Valley Fever?

If you and your dog have been in an area where Valley Fever is present, and they are not acting like themselves, you may want to watch for these things.

Signs and symptoms of Valley Fever:

If Valley Fever is not caught in your dog right away, the disease may cause lung infection or pneumonia (like what happened with my friend’s dog).

Valley Fever can also continue to spread from the lungs. Some dogs may not show symptoms of lung disease but display symptoms that it has spread.

Symptoms that disease has spread from lungs are:

Most symptoms are not specific to Valley Fever so tests will need to be done by a veterinarian to determine if it’s the cause.

Watching for any indication that your dog might have Valley Fever, and taking your dog to the vet right away, is key to keeping your dog healthy. How is Valley Fever in Dogs Treated?

The bad news is that there is no vaccination or preventative for Valley Fever. There is also no cure.

There is just management of symptoms and common antifungal medications that can help fight it.

Valley Fever is treated most commonly with these three antifungal medications:

The good news is that most dogs can recover from Valley Fever with proper treatment, especially when caught early.

If the disease has spread from the lungs, a dog may need long term treatment, but the outcome is still promising.

However, it can be deadly, especially if disease spreads to the brain, so it’s important to seek treatment for your dog right away if you suspect they might have Valley Fever.

Read more: the prognosis and outcome of Valley Fever in Dogs

Unfortunately, tests, medications, and treatments can be expensive. If you have pet insurance for your dog, most or some of the cost to treat Valley Fever may be covered.

Can You Treat Valley Fever Naturally?

I am not a veterinarian and absolutely would not recommend a natural treatment, or “home remedy”, for anything this serious….at least not without consulting with a veterinarian first.

I did look into natural treatments for Valley Fever though. I wouldn’t say I found any sure, credible recommendations for treating it but I did find a few references to things that can SUPPLEMENT traditional treatment.

According to this story in the East Valley Tribune, “Supplemental treatments, including cough suppressants and even CBD oil, have been documented to help dogs with the symptoms of valley fever… CBD oil, or cannabidiol, is extracted from hemp plants and is used to reduce pain and inflammation.”

I did find a combination of supplements – this Canine “Valley Fever Package” – that could aid in lung and immune function to aid in recovery.

Be aware of Valley Fever but don’t let it prevent you and your dog from enjoying life.

Only a small percentage of the millions of people and pets living in and visiting the endemic areas contract Valley Fever. Of that percentage, some show no symptoms or get over it on their own.

Just be sure to know what to watch for if you live in, or are traveling to, one of these areas.

Leave a Reply to Dachshund Nola and Her Mom Cancel reply